I’m back in San Francisco after the last ever BroCon! Why the last BroCon? Because the Bro Leadership Team has announced a new name for the project. After two years of discussion, no shortage of suggestions, and a final shortlist going through legal review, it was time to commit: It’ll be Zeek! For an explanation of the rationale & background behind the choice, make sure to read Vern Paxson’s blog post or watch him skillfully revealing the new name at the conference. 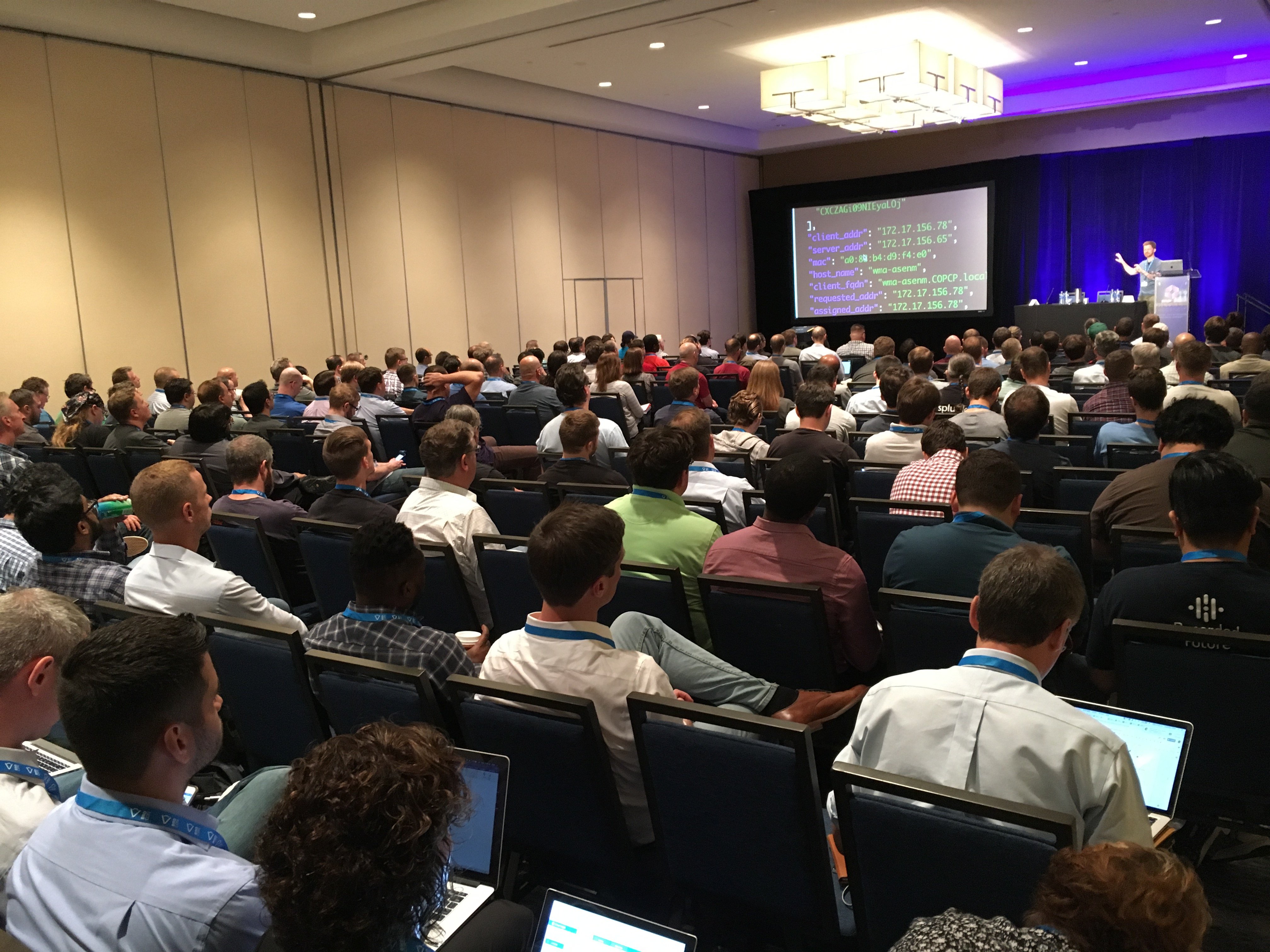 By holding BroCon in the Washington DC area this year, we were hoping to broaden participation—and that worked: 260 people attended, up over 35% from last year.  We also had the support of eleven corporate sponsors—more than ever!-—which we deeply appreciate. These companies offered attendees a chance to learn about a variety of products and services helping people use and implement Zeek, either in its open source form or as part of commercial offerings.

I think BroCon’s program was particularly strong this year. Marcus Ranum kicked it off with an entertaining and provocative keynote. The main technical program then offered a terrific set of presentations covering a variety of organizations and topics. Some of the conference highlights for me were:

We received permission to record most of the talks and are currently editing the material to synchronize videos with slide sets. As soon as that’s finished, we’ll upload them to the Bro YouTube channel.

As we look to next year, the Zeek Leadership Team will begin planning the 2019 event soon. If you have attended this year, please take a moment to fill out the attendee survey; you should have received a link to provide us with feedback about program and logistics. In 2019, we’ll also do another European workshop as well. Registration details will come soon, but you can save the date already: We’ll be at CERN, Switzerland, from April 9-11.

Lastly, it will take some time to really make the change from Bro to Zeek. The soon-to-be-released version 2.6 will still be “Bro”—from then on it’ll be “Zeek.” Over the coming weeks and months you will start seeing changes, but rest assured we’ll be careful: There’s a lot to update, and we certainly don’t want to break your deployments.

Thanks for attending the last ever BroCon!